Insights and Observations from the 2014 Verizon Data Breach Investigations Report 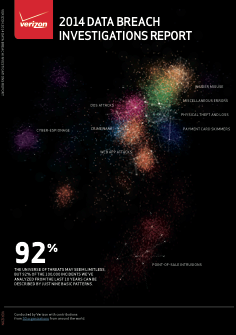 Like its predecessors, the 2014 Verizon Data Breach Investigations Report (DBIR) is a treasure trove of real-world information about the cyberthreat landscape. A big change for this year’s report has to do with how the material is organized. In particular, Verizon has subsumed its signature approach of examining actors, actions, assets, and timelines under a higher-layer categorization of nine basic patterns that it has determined represent the vast majority (92%) of incidents encountered over the last 10 years. These patterns are:

Among the reasons Verizon gives for making this change is that the new approach “shows extreme promise as a way to drastically simplify the seemingly endless array of threats we must deal with to protect information assets.”  That’s well said, and we couldn’t agree more that this method should help organizations focus their cyberthreat defense efforts – particularly when you consider that, on average, nearly three-quarters of the incidents for each of the 19 vertical industry classifications covered in the DBIR could be ascribed to just 3 of the 9 patterns.

Another major change is the inclusion of DoS attacks for the first time. While DoS attacks rarely lead to a breach involving exposure of sensitive data, they are nonetheless a significant threat for today’s organizations. In fact, this conclusion is validated by the Verizon data, which shows that only web attacks appear more frequently (12 times) than DoS attacks (9 times) among the top 3 incident patterns identified for each vertical industry.

A few other items that caught my attention on a first pass through the report are:

Kudos, once again, to Verizon for such a comprehensive and informative report. To download a copy of the 2014 Verizon DBIR, click here: http://www.verizonenterprise.com/DBIR/. 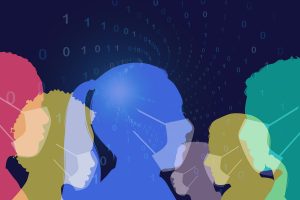 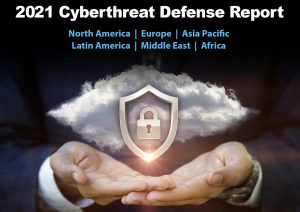